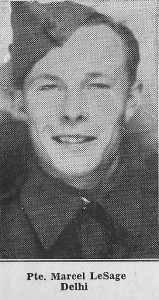 From Grant Smith: “May 4th was the 70th Anniversary of the Liberation of Holland. Growing up in Delhi, I went to school and Boy Scouts with Johnny Lesage. John’s father was killed on April 20,1945 serving with the Lincoln and Welland Regiment in the battle to liberate Holland. My wife and I were in Holland five years ago and visited the Holton Canadian Cemetery where Johnny’s father is buried. I laid a poppy on his grave and wondered if John had ever been able to do the same. In another cemetery, a Dutch woman told me she could never understand why so many young Canadian boys would come all that way to die for their freedom. The Dutch remember.” 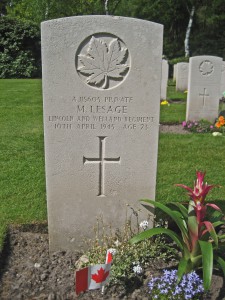