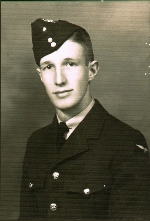 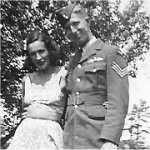 No. 404 Coastal Fighter Sqn formed at Thorney Island in England. Tasked with coastal patrol and attack, the squadron flew the Bristol Beaufighter and deHavilland Mosquito until it was disbanded on 25 May 1945.

From these earliest operations until early 1942, the Blenheim IV served in a variety of roles. Squadrons were based in France in the early months of the war, other squadrons based in Britain were assigned to intercept enemy shipping, and the Blenheim enabled Bomber Command to carry on offensive operations over Europe for almost two years before they were replaced by superior aircraft. 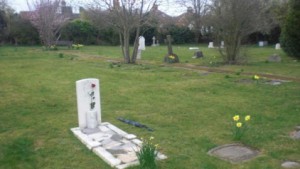 He is commemorated on Page 60 of the Second World War Book of Remembrance.